The DNA - A Stable yet Dynamic Entity

The DNA - A Stable yet Dynamic Entity

Almost everything in genetics revolves around DNA. So let's take a moment and understand the basic structure of this beautiful, complex and supercoiled molecule. DNA, deoxyribonucleic acid is a polymer of nucleotides (deoxyribose sugar + nitrogenase base phosphate group). Let's see each component separately. 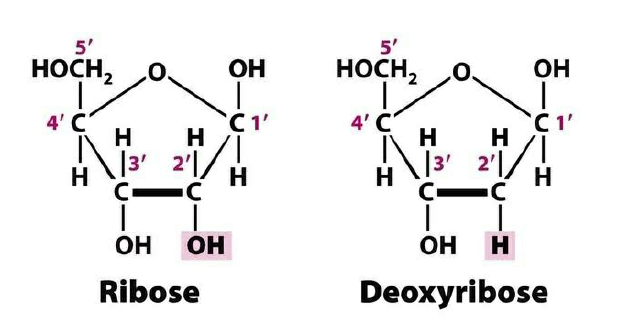 Why base? Because it has nitrogen atom which can donate lone pairs to behave as a Lewis base. 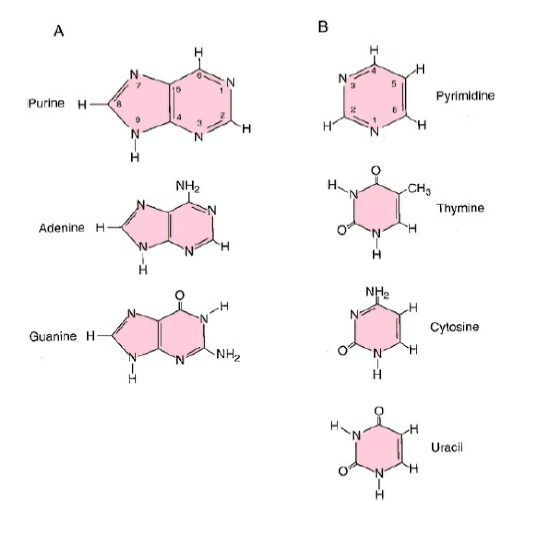 There are two types of bases -

Our deoxyribose sugar and nitrogenous base will now react to form nucleoside. 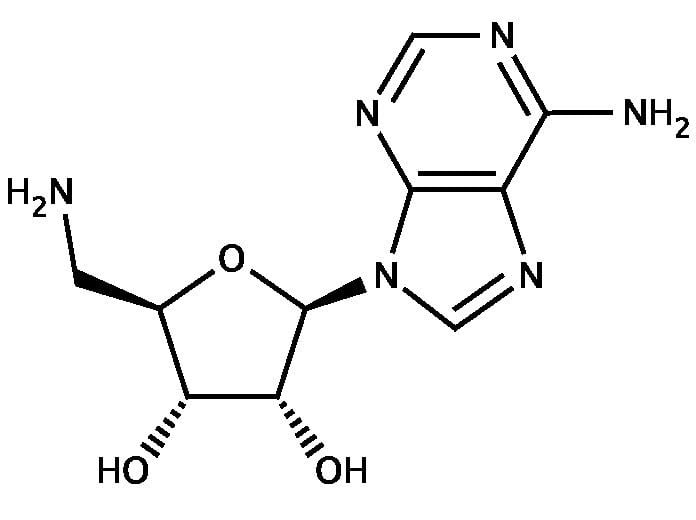 The third component is the phosphate ion of phosphoric acid.

Our nucleoside (sugar + base) combines with phosphate to form a nucleotide. The phosphate with the help of OH group attaches itself to 5' carbon of the sugar. It is also a condensation reaction to form ester bond. 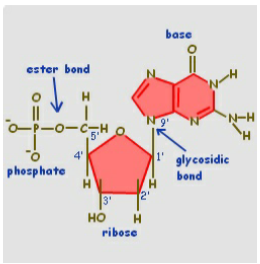 So with three components and two reactions, we have only reached to nucleotide - the basic unit of our DNA.

Now when the hydroxyl(OH) group of phosphate will react with the hydroxyl group of third carbon (3') of a pentose sugar (since it is the only free OH after the formation of nucleotide), a water molecule will be removed. It is a condensation reaction.

As our phosphate group has two OH groups two bonds can be formed with two different nucleotides giving rise to phosphodiester bonds. A long chain of nucleotides can join in this manner. 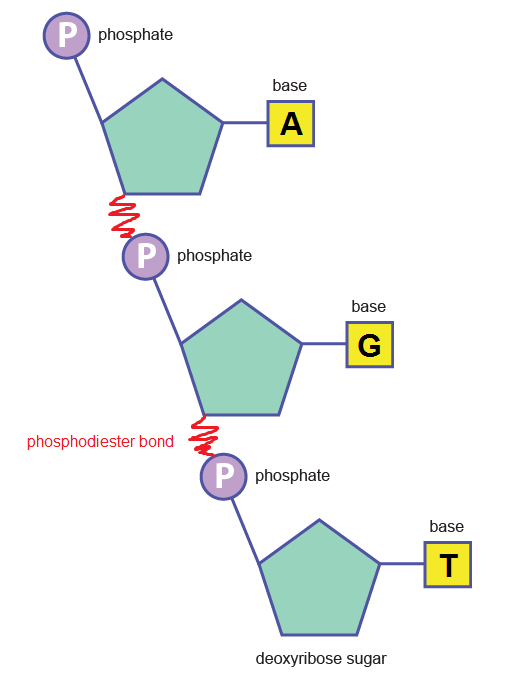 When two antiparallel nucleotide chain come closer to each other, Hydrogen bonds will be established between the negative Nitrogen and positive Hydrogen of bases. 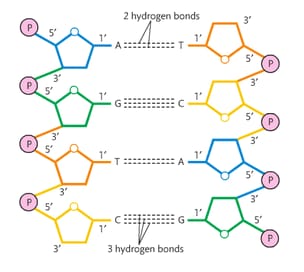 You will get here what is called ladder structure with a phosphate group and pentose sugar as the backbone (two legs) and the hydrogen-bonded bases as steps in the ladder. 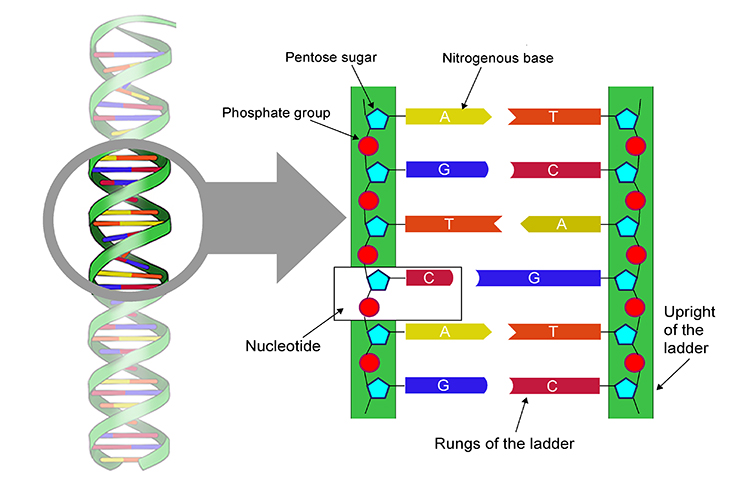 Twist this ladder structure in right or left-handed direction. You will get a spiral or helix.

Let's have a look at the Watson and Crick model now 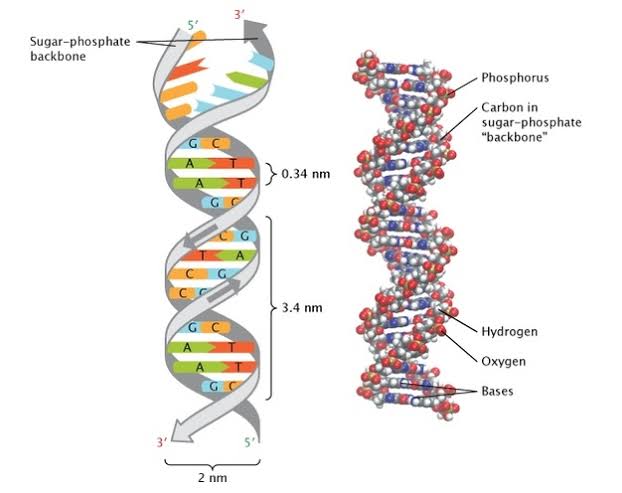 If we need to find the distance between two bp then - length of pitch/number of base pairs. 3.4 / 10 = 0.34 nm. Now, if you are given the length of DNA and asked to find the number of bases or vice versa. Can you find it? (Hint - works around the length of pitch). This structure will get complex and complex to enclose this long molecule of DNA in a very small nucleus (10^-15 m) of a cell. We will see further packaging in the next article.

Thank you. I hope it works! 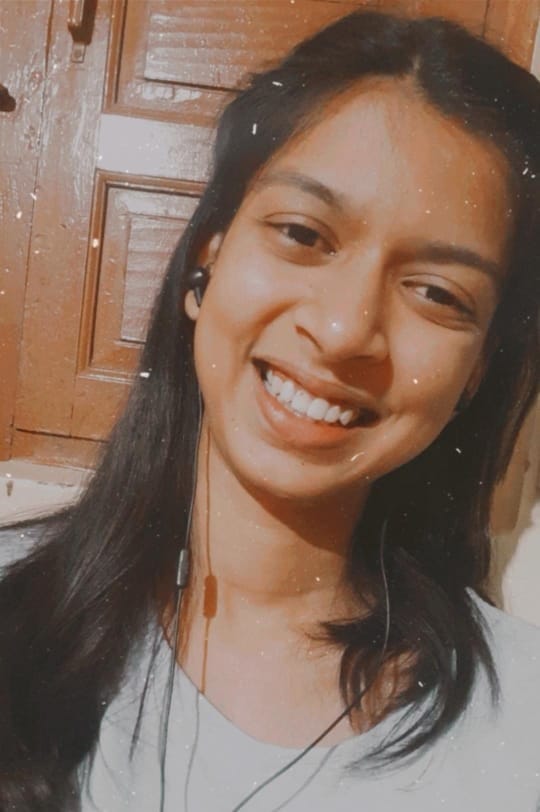