Now a days checking the number of Corona cases has sadly become the part of our daily routine . This few nanometer virus is impacting our life directly . So it feels really necessary to discuss everything we have understood so far about corona.

What is a virus ?

Virus are microscopic particles that consist of nucliec acid (DNA /RNA ) and a outer protein coat called capsid . The genetic material could be single stranded or double stranded . Virus are very unique in their characterstics . They are considered as connecting link between living and non living as they cannot reproduce and carry out metabolic process without a host cell . Example - Rhinovirus , HIV virus , Influenza Virus etc. 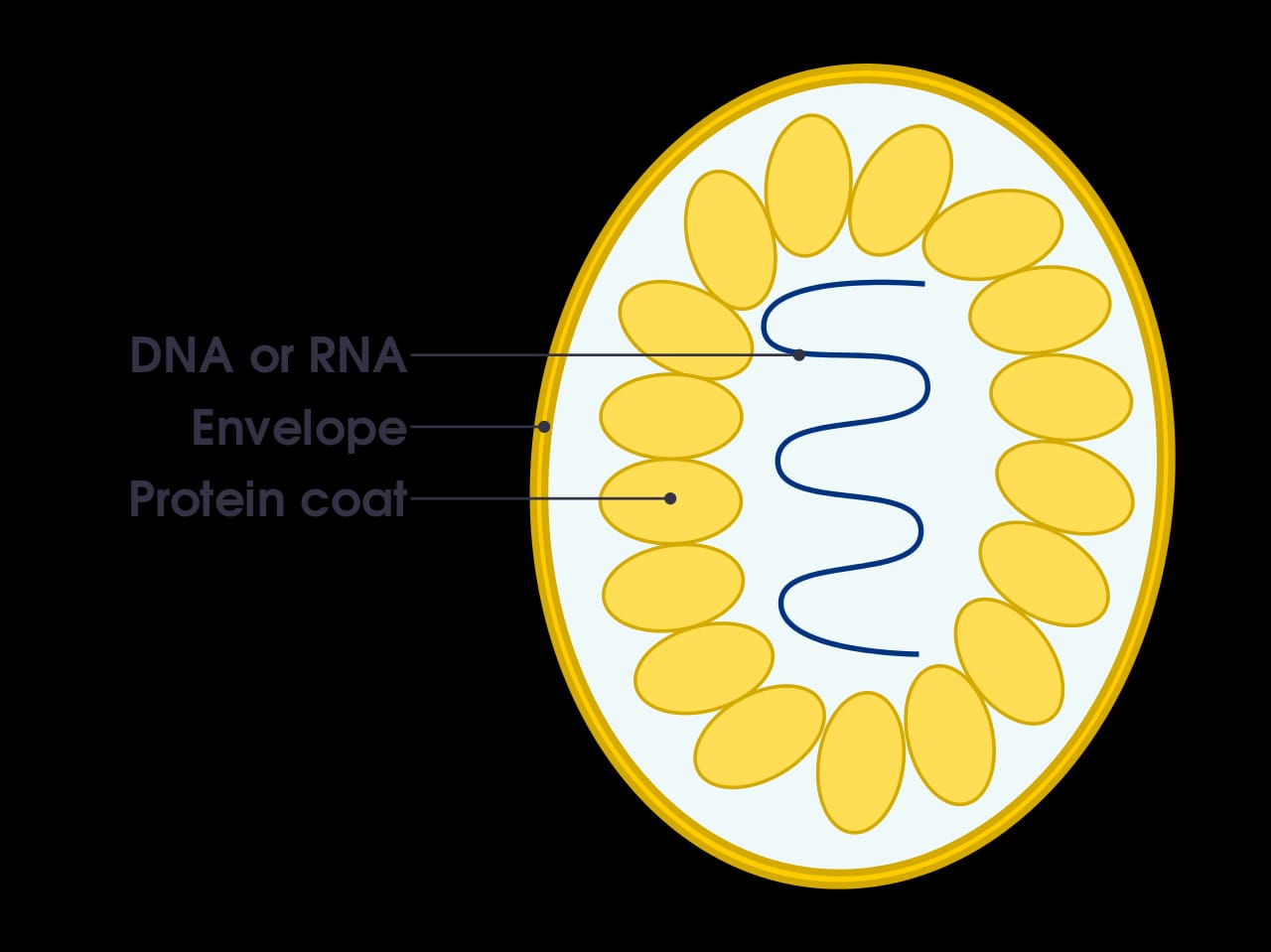 Life cycle of a virus -

• Attachment - The viral particle attaches itself to a target host cell

• Penetration - The virus enters the target cell by receptor mediated or phagocytotic means .

• Uncoating and replication - The virus looses its envelope and the genetic material is released inside the host cell . The virus then reproduces into the host cell's nucleus .

• Assembly and release - The gentetic material are again enclosed in a capsid and viruses are released killing the host cell . 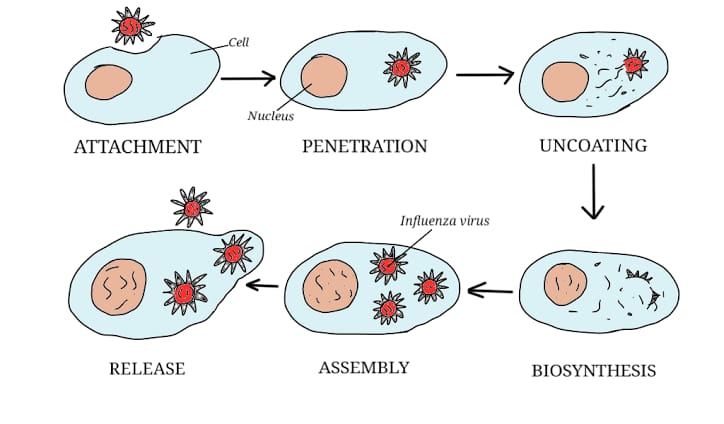 What are Corona viruses ?

Corona viruses are single stranded RNA viruses with a capsid that causes respiratory ,intestinal , mental disease in birds and mammals . As they are spherical viruses with protein spikes projecting outwards , they give them a crowned appearance ,so they are called Corona Virus .

(Many of you might think that Corona is a single virus. But actually Corona is a group of viruses having nearly similar composition , structure and mode of infection )

2. Spike proteins - for attachment and entry of virus into host cells

3. Envelope proteins - for the release of viral particles from damaged cells .

4. Non-structural proteins - they suppresses the immune systeme of the host organism . 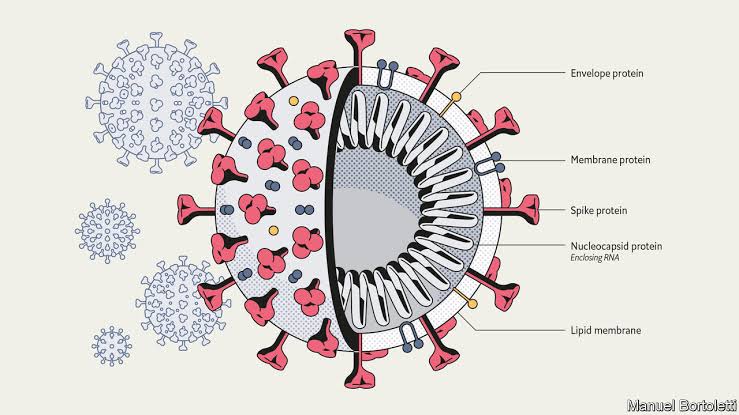 • Alpha -CoV - this viruses can infect mammals including human . Some of examples are - NL63 virus , PRCV .

• Gamma-CoV - this viruses can infect both birds and mammals

But SARS CoV , MERS CoV , SARS CoV 2 that started emerging with the start of 21st centuries become serious concerns . They are "Zoonotic Human Corona Viruses". This viruses were originally some animal viruses and due to mutation(sudden changes in genetic material ) and recombination ( pairing of non homologous chromosomes )they can now infect humans i.e. it is animal to human transmission . Emergence of three zoonotic viruses in only 17 years is dreadful and some remedy is needed seeing the future concerns .

Let's discuss this viruses one by one . 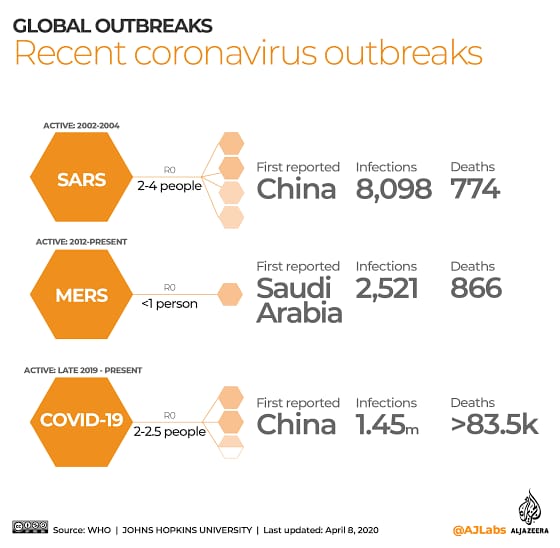 In 2002 ,Guandong ,China reported some sort of respiratory illness that was described as SARS ( Severe Acute Respiratory Syndrome ) caused by SARS CoV . It was later found that it is very similar to the beta - coronaviruses of bats . This virus emerged from bats and spreaded to humans . The symptoms included cough ( dry at first ) , diarrhoea or fever or both . The outbreak of virus was in four small waves .This virus was more fatal ( death causing ) and less contagious (spreading ) than the SARS CoV 2 .

• Mean incubation period ( time from entry of virus to appearance of symptoms ) - 5 days .

In 2012 , Saudi Arabia reported a case having nearly similar virus as SARS . WHO , later recogined the disease as MERS ( Middle East Respiratory Syndrome ) . MERS CoV has its origin from camels . The men are at higher risk of catching MERS than the women . The symptoms include fever , cough and shortness of breath . The mild symptoms can lead to multiple organ failures and ultimately death .

The first case was reported in Dec ,2019 at Wuhan ,China . The virus probably originated and spread from wet market in Wuhan where seafood is being sold. Studies until now has revealed that novel coronavirus is a recombinant virus of beta -bat - coronavirus and coronavirus of some unknown source ( it may be Pangolin ) . The Novel corona virus is very contagious that in March 2020 it was declared as pandemic by WHO .

The diagnosis is done using throat swab and oral swabs .

3.Gently rub and roll the swab

5.Slowly remove the swab while rotationg it and immediatly place it in sterile tube . 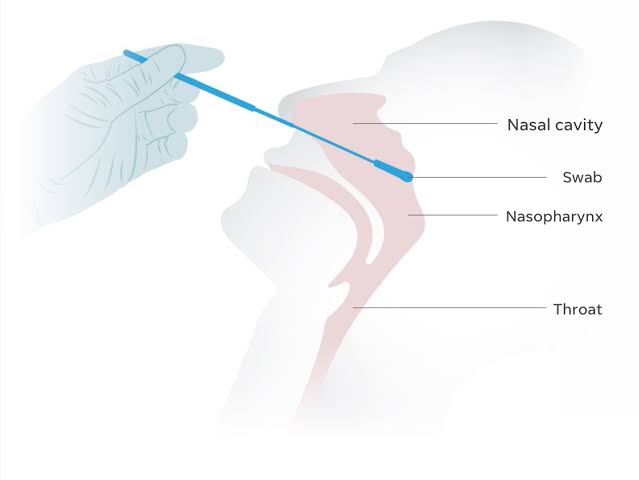 Mode of transmission of Covid19 disease -

• Contact and droplet transmission - The disease can spread due to close contact with a person infected by Novel CoV and through infectious secretions produced during coughing , sneezing , talking , singing etc .

• Fomite transmission - The spread due to contact with the surfaces ( fomite ) that have come in contact with a pateint . It is indirect mode and will lead to community spread ( no info about source )

• Interferon and ribavirin - They block viral replication and mRNA maturation ( by preventing capping ) , thus preventing the multiplication of virus .

• Lopinavir and ritonavir - They affects the non structural proteins of the virus , so immune system remains completly active

• Chloroquine - It prevents the viral attachment with the host cell

• Remdesivir and favipiravir - It prevents the viral transcription ( DNA - ^ RNA ) so no new virus is produced .

All this drugs proove useful as they decrease the multiplication of virus too much extent . But we need something that ultimately kills the virus , to stop the spread . Scientists all over the globe are currently working to formulate a " vaccine " against the virus .

As the novel corona virus is spreading at a very vigorous rate , we need to break the chain of transmission . More cases would be very difficult to control . 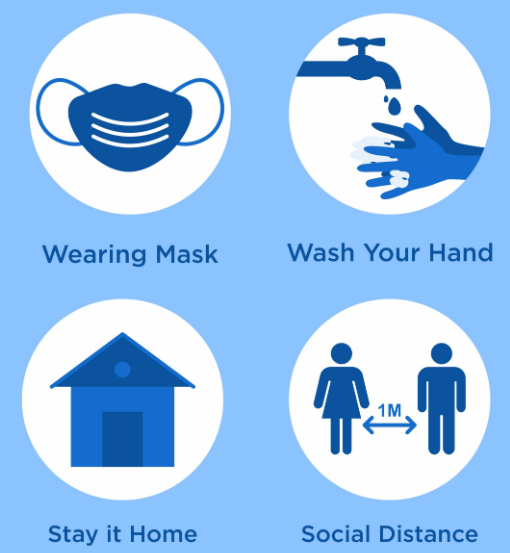 Corona has impacted our lives in many ways even we don't know off . As it is challenging our lives today many research are going, to answer the surfacing question like Airborne transmission is possible , how much dose of virus is needed to infect , does CoVid19 can infect dogs and cats , do transmission from infected mother to baby is possible through breast feeding .. And above all " When will vaccine come " . Till then we have to stay positive ,stay calm , stay productive , stay isolated . I hope this article is useful . Thank you !!!! Do review !! 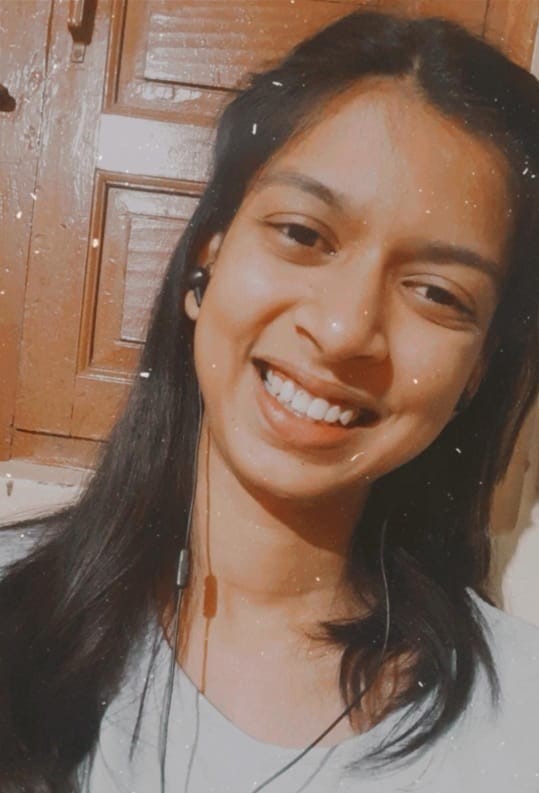