Very first start of the internet by the invention of the world wide web by Sir Tim Berners Lee. It used a programme called Hypertexttransferprotocol called HTTP that transmitted data over TCP / IP, so until today, every url starts with HTTP.

The first Archie search engine was invented about 1 year after the invention of the World Wide Web. It only indexes only downloadable files due to the low amount of data.

The WWW inventor, Tim Berners-Lee, developed a virtual library to help users locate URLs for various websites. At the beginning of the Internet, the CERN web servers hosted the library.

With their linear scan, JumpStation brought a fresh leap that displayed the title and header of a page in the same results. The search engine ranks outcomes in the order in which they have been identified.

WebCrawler– the same year that Yahoo! Search launched, saw the launch of Web Crawler.The first search engine would be created to index whole pages. The amount of information necessary to make the search engine too sluggish to use during the day

The Lycos search engine also launched in 1994. By August, the search engine was cataloguing over 394,000 papers. They had over 1.5 million documents catalogued by January 1995.

For one website which links to another, the backlinks show you how a vote counts. This definition is at the heart of the power of a website. Today's algorithm also depends on the very same initial principle. It has made considerable progress over the past 20 years, but backlinking still plays a role in the ranking.

Sequoia Capital and others invest in Google. Also, AOL selects Google as a search partner.

Yahoo! acquisition of other search engines to organically locate search results for consumers. Previously, they outsourced the service to third-party vendors.

At Northeastern's SES Boston, Google-announces the first search algorithm update, which is why it is named the "Boston" update.

Google established "Global Search." They added features for news, video, photos, local, and other verticals instead of the conventional 10 listings.

In addition, the "Fred" update by Google penalises sites with backlinks of poor quality as well as those that prioritise money over user experience.

Summary
Initially, no one would have suspected an upstart like Google would conquer search engines the way they have over the past few years. The search history is interesting. 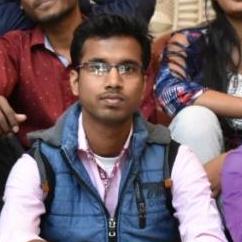